Philipponnat Les Cintres from the heart of Clos des Goisses 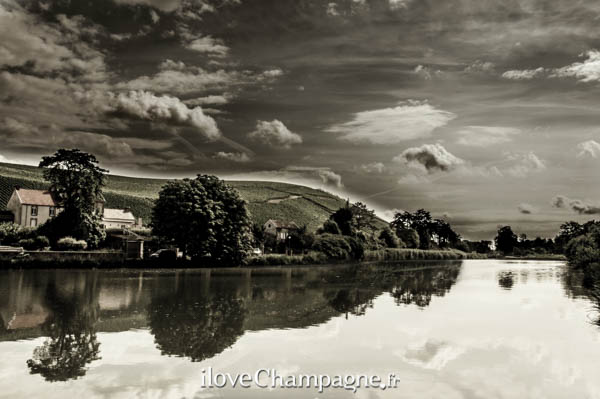 The wait is over. I have with great curiosity longed to taste the new Les Cintres cuvée from the three core parcelles of Clos des Goisses, the iconic, warm, steeply sloping vineyard of Philipponnat. Initiated by Michel Bettane’s urge to have a red Pinot Noir made from the warmest plots, Charles Philipponnat saw more sense in turning them into a micro cuvée of champagne. For him Clos des Goisses is too chalky for reds, and a Coteaux Champenois would not have made economic sense.

As opposed to Clos des Goisses, Les Cintres is not a wine we will encounter from every vintage, as Charles Philipponnat explains: ’We make Les Cintres only a when we can take a little part away from the Clos des Goisses blend without lessening it. It is made as a testimony of what the pure Pinot Noir heart of Clos des Goisses can be’. When it is made, on an average 2000-2500 bottles are to be expected.

Les Cintres is a continuum of Charles’ development actions at Philipponnat since he took over running the house in 2000. He first went to fine-tune the winemaking together with his chef de cave Thierry Garnier. They re-introduced oak in the cellars, largely in form of Burgundy barrels. Then a new cuvérie was built to replace the glass-lined concrete and enameled steel tanks with stainless steel, which greatly improved temperature control, the barrel room inclusive. Sulphur levels have been lowered, as well as the dosage levels. All this has lead to more precise blending and more selective bottlings.

A while ago, Philipponnat did not make any blanc des noirs, but now there are four, as Blanc de Noirs Millésime, Mareuil-sur-Aÿ, Le Léon Aÿ Grand Cru, and now Les Cintres, have all been all brought on to the markets within the last year or so. The house is quickly establishing itself a blanc de noirs specialist, which makes a perfect sense considering where Philipponnat’s vineyards and winery are located. The new, increasingly vinous direction reflects Phillipponnat’s thorough understanding of the soul of this house and its customers.

So how about the wine, the Pinot Noir gist of Clos des Goisses? I wanted to taste it side by side with Clos des Goisses from the same year, both of which are just being released.

The warm vintage 2006 producing big, ripe, muscular champagnes makes one expect a monster from Les Cintres, which always is the ripest part of Clos des Goisses, often having a potential alcohol of around 12% or more. From the very first sniff onwards it comes across as a wine rather than champagne. The aromas are accentuatedly Burgundian with tart red berries, stylish mineral spiciness, punch, cinnamon, brown sugar and Provence herbs. There is noticeable presence of perfectly integrated oak, more so than in Clos des Goisses. On the palate it is calm, almost like a still wine in the superb intensity and power it possesses. Oily rich, almost chewy, but not the least heavy. It sits beautifully between oxidative and reductive with very few autumnal aromatics surfacing today. There is a firming phenolic bite of a warm year on the suitably dry back palate. It greatly rewards keeping it in the glass to breath and grow layers. This was a pre-release bottle, disgorged as recently as October 2015, hence still closed. Needs a new look once the bottles have reached sufficient post-disgorgement time. For now, 91 points today with potential for 93.

I was already blown away by the nose. This is Clos des Goisses! Such complexity, harmony and depth on the nose. And stunning toast on top of the ripe, plush fruit. It seems to be a touch more on the reductive side than Les Cintres. Generous, soothing and round palate where the mousse has more life than in Les Cintres. This beats Les Cintres in its dimensionality and superior tension. A real body-builder with plenty of muscle and ages ahead of it. I am impressed with the 2006, despite I am normally not a fan of Clos des Goisses’ ripest vintages. 94 points today with future potential for 97. (Bottle disgorged May 2015).