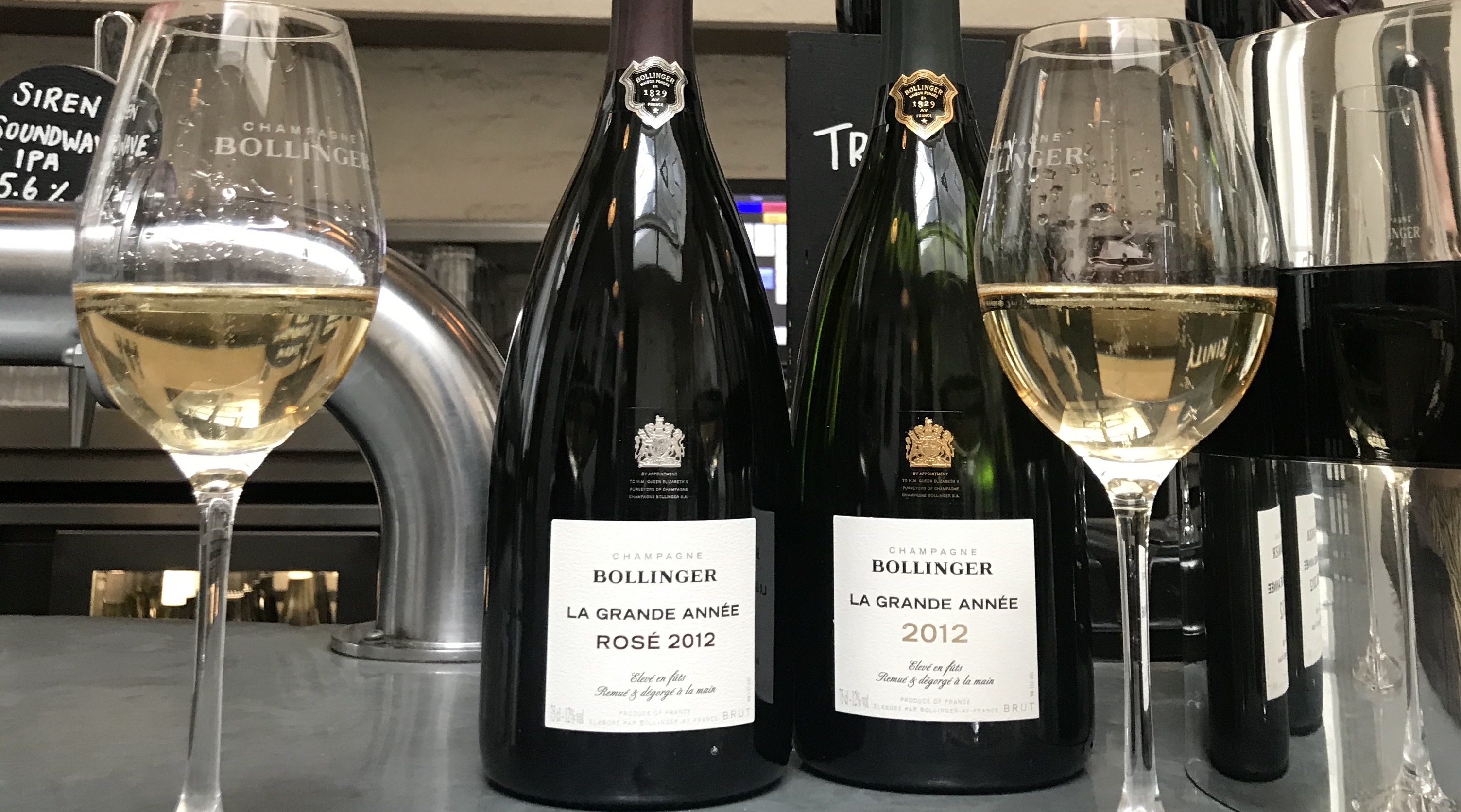 The 2012 marks the second La Grande Année vintage bottled in the new bottle shape, whose narrow neck is to induce something similar to the magnum effect. The Bollinger specificities, barrel ageing and riddling and disgorgement by hand for the vintage cuvées, are now stated on the front label: Elevé en fûts, remué & dégorgé à la main. This Pinot Noir based cuvée’s (65%) key components come from Aÿ and Verzenay. For Chardonnay Le Mesnil-sur-Oger and Oiry are the prominent villages.

Upon launch, the 2012 has 10 months of post-disgorgement time and the wine is showing elegantly restrained and youthful. On the nose the old-oak character is less prominent than in most other Bollinger vintages and the deliberate oxidation is well under control and in a supporting role. The fine, cool and pure fruitiness is at the fore with lovely spicy and nutty notes supporting. Lemony fruitiness with yellow apple and ripe apricot as well as some tropical fruit emerging in the glass. On the palate the key word is balance, the wine is very complete with freshness, intensity, refined tension and chalky salinity. 8g/l dosage is spot on. Still young but has the building blocks of longevity. For me similar in quality to the 2008 but this will come around and peak earlier.

Madame Bollinger herself was against making a rosé version of the house’s vintage (nor of the non-vintage cuvée for that matter). After she handed down the company presidency in 1971, pink Bollinger became a possibility. Chef de cave Guy Adam went on to develop a new pair of cuvées, which were to be elevated from ‘mere’ vintages to Grandes Années.

The rosé is born from the same La Grande Année base but Guy Adam famously went for a special origin for the red wine. Jacques Bollinger had acquired the steep La Côte aux Enfants vineyard in Aÿ in its entirety, and this particular red wine was to be the colouring and spicing on Grande Année Rosé. The rosé version of La Grand Année will be released later on in the year, but we previewed what is to come:

At this point of youthfulness the pink colour is rather rich and bright. Lovely clean and fruit-forward nose with fresh red berry aromas mixing with spice and orange notes. Quite shyly evolved with much more to surface on the complexity front. Today there is attractive exuberant fruitiness and perfect creamy freshness. Promising palate with power and persistence where an overall harmony enhances the feeling of sophistication.