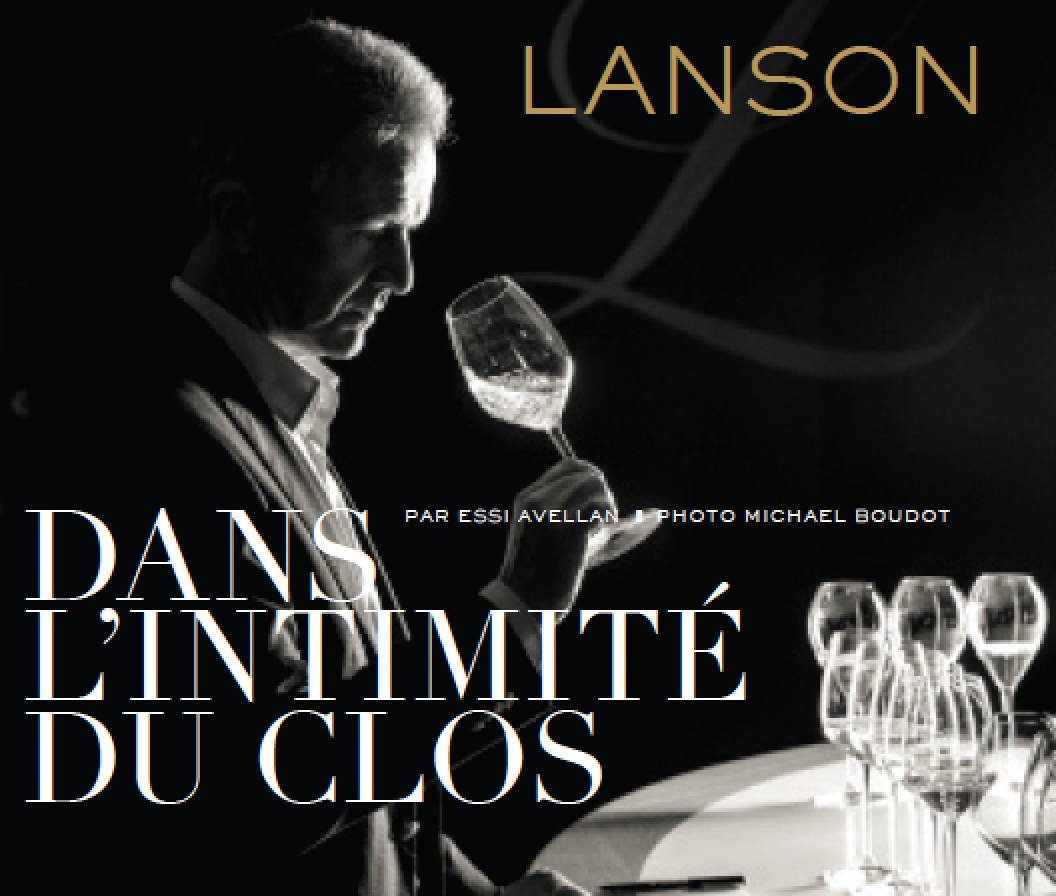 Published in French on July 2nd in Flacons of Champagne magazine as supplement to the L’Equipe newspaper: 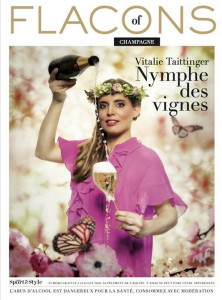 The camera follows Hervé Dantan as he briskly walks between rows of vines at Clos Lanson, the ancient walled one-hectare vineyard in downtown Reims. The spring weather is both chilly and breezy and I notice that the camera further accentuates Dantan’s discomfort. Well, he will have to get used to posing for photographs now that he has stepped into the major league as the new chef de cave of Lanson, I excuse myself for making Hervé do the uncomfortable shoot.

As we return to the cellar for the inaugural showing of the house’s brand new single-vineyard champagne from Clos Lanson, the discreet, thoughtful and quiet-spoken Dantan returns to his perfect ease around the wines. He has no rock star gestures but instead he transmits a character of sincerity marked by modesty. As I try to inquire about his strengths as a cellar master, he plays down his own role: ‘I belong to a great team here. For me the best thing about being a chef de cave is the completeness of the job, how it allows me to influence the brand all the way from the vineyard to the consumer’. Dantan refuses any kind of stardom for himself: ‘The brand is the most important thing. Do not get me wrong, I am proud to be a winemaker. But when I make champagne I think about my parents and my region foremost’.

As it happens, Hervé Dantan is deeply rooted in Champagne with family background in vinegrowing close to Vitry-le-François’s Chardonnay country. ‘As a child I used to help out at the vineyard, so the world of wine was familiar to me even if wine wasn’t an obvious career choice. I was a curious child with an interest in science and research. But soon my fascination in geology was joined with interest in geology’s impact on wine and I found myself studying oenology in Reims”, Dantan explains. His oenology internships and jobs took him to many regions in France and even in the United States before settling at Mailly Grand Cru, the valued cooperative in the Montagne de Reims. His 22 years at Mailly Grand Cru with its smaller scale and tight links to viticultural management let Dantan adapt a highly comprehensive view of champagne making, which obviously was one asset of interest to Lanson, when they approached him.

Even if the Lanson call was a great opportunity for Dantan, accepting the job as the next chef de cave was not an easy decision. With its history dating back to 1760 and five million bottles’ annual production, Lanson is one of the most prominent champagne houses. ‘We discussed a lot with president Philippe Baijot as I wanted to check all the important points for myself and for Lanson. I had to know what was possible. At the end, I was convinced of the vision of the new owners and I valued the relationship of trust we had formed,” Dantan reasons.

Once the decision was made in 2013, it has been full speed ahead for Hervé Dantan at Lanson. He had the opportunity to work besides his respected long-term predecessor Jean-Paul Gandon, before he handed over the cellar keys definitively to Dantan in 2015. The scope and speed of changes has been nothing short of phenomenal with a wholly new cuvérie built. But Dantan has also decided to add oak barrels and oak vats into his pool of winemaking vessels. Furthermore, he also dared to touch Lanson’s other long-standing winemaking principles aiming to further add to the iconic Black Label cuvée’s complexity and harmony.

The new ways and vision of Lanson epitomise in the new cuvée Clos Lanson. A brainchild of Philippe Baijot, it was created already in 2006, the very year when BCC acquired Lanson. The vineyard sitting adjacent to the winery has had a special place in the hearts of Lanson employees ever since the 18th century, and even today the harvest is done entirely by the staff. The plot itself is remarkable with 30 meters of dry, highly friable chalk beneath, covered with a shallow layer of topsoil. The surrounding walls and city location raise the plot’s temperature allowing production of generous Chardonnay. Vinification in oak barrels further adds to its gastronomic character.   ‘To understand the plot, it is best to taste the vintages side by side’, Hervé stresses when we start exploring Clos Lanson in the glass. As we immerse ourselves in the task of tasting through all the ten vintages maturing in the Lanson cellars, the essence of Clos Lanson gradually unravels itself. The signature is at the same time clear and elusive, captivating. A highly expressive and voluptuous Chardonnay, which rediscovers itself every vintage with a new interpretation. ‘Do you notice, how there is a return to the chalk at the end, enhancing its finesse?’ Hervé remarks on the wine’s link to its chalky growth place. A terroir wine par excellence.

Originating at the heart of Lanson and celebrating the 10th anniversary of its new ownership with a new winemaker at the helm, Clos Lanson opens a beautiful new chapter in the story of Lanson, I conclude.